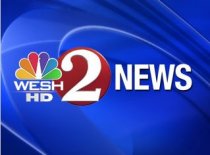 WFTV-Channel 9’s Eyewitness News has been so dominate for so long, it’s news whenever it doesn’t finish No. 1 in a time period.

And that happened, sorta. During October, WESH 2’s Sunrise morning news — which is simulcast on sister station WKCF-CW18 — had more combined viewers in the 25-54 demo than WFTV’s Eyewitness News Daybreak. According to the Orlando Sentinel, the WESH-WKCF combo had 32,100 households from 6 to 7 a.m. while WFTV had 31,800.

Almost all of the  area newscasts lost viewers in the demo year-over-year, but Channel 9  saw the most significant drop.

WFTV still dominates in all news periods when counting total viewers. Still, the question has to be asked:  Could the October numbers  protend a change in the longtime viewing patterns of Central Florida news watchers? Perhaps we’ll see when all the numbers are counted after  the November sweep, which began last week.

posted by Roger Simmons There are some new, improved websites in Orlando TV news, courtesy of WESH 2 and WOFL-Fox 35. The new WESH.com site rolled out on Thursday along with others in the Hearst … MORE

Here’s your Friday Fast Five: Gavin Maliska is the new news director for WOFL-Fox 35, according to NewsBlues. Maliska comes from Tribune-owned Fox affiliate WXIN in Indianapolis, where he was the ND. His Fox-heavy background … MORE

Could WESH be about to end WFTV’s 30-year reign as the king of TV news in Orlando? New Nielsen “people meters” data show — and parties at both stations acknowledge — a tight, two-station race … MORE