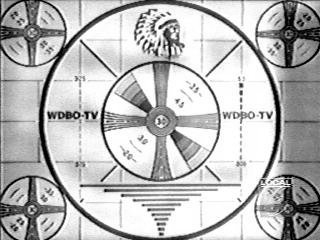 While some may wonder who besides Red Bull-fueled nightcrawlers and bug-eyed insomniacs are up at 4:30, stations are finding revenue in that slot — and meeting mandates to be 24/7 local news outlets. “What stations do better than anyone is provide local news and weather,” says WESH-WKCF President/ General Manager Jim Carter, who launched a 4:30 March 30. “People want it when they want it, and the more we can be there when they want us, the better.”

Beyond wanting to provide the audience more information, the main reason for the new early shows: more revenue. B&C says the new 4:30 newscasts can deliver cash.

Ad rates aren’t princely pre-dawn. One market leader says 4:30 rates are 10%-15% of what the station gets for late news. A leading station in New York or Los Angeles might get $3,000 for a 30-second spot; everyone else, considerably less.  But advertiser interest is growing. “The 5 a.m. advertisers are taking a hard look at 4:30,” says WTVT VP/General Manager Bill Schneider. “The ratings aren’t something you can overlook.”

WESH has extended the contract of longtime anchor Wendy Chioji, according to NewsBlues.com . No word on contract details. Her solo-anchored WESH 2 News at 6 p.m. newscast was up 10 percent from a year … MORE

So, could this be the start of the big changes forecast at WESH? Lagniappe magazine in Mobile, Ala., reports that WPMI-NBC 15 anchor Scott Walker is leaving the city and heading to WESH as a … MORE

While not quite as famous as the swallows returning  to San Juan Capistrano, the folks at WOFL-Fox 35 have their own spring tradition: the return of the big, bad mama hawk. It started several years … MORE