Yes, Virginia — there really is life after Orlando TV, and here are some examples to prove it.

Former Fox 35 morning anchor Heidi Hatch, who left the station in June, has landed at Salt Lake City’s  KUTV. She’ll be anchoring a new 4 p.m. newscast at the CBS affiliate  — with “Utah’s only all-female anchor team,” the station says. “KUTV is proud to welcome Heidi Hatch back to Utah to co-anchor the show. Heidi is a Utah native who is returning home from Orlando where she was a morning anchor for 5 years.”  Hatch is definitely missed by her former Good Day viewers, who keep posting comments about her departure.

Another former morning host has switched mediums. WKMG morning anchor Laura Diaz has officially joined the morning crew at WXXL-106.7 FM. She popped up on the radio show just after she left Channel 6. Now, she’s known on radio as Lady Laura. 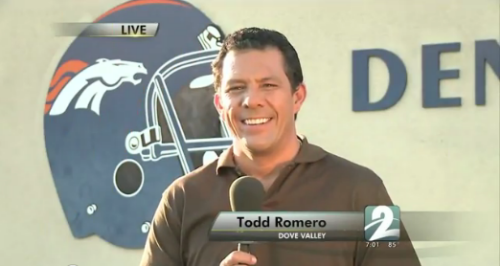 "Bland newscasts [that] lack a distinctive style." That’s how Orlando Sentinel TV Critic Hal Boedeker characterizes WESH 2 News. It was part of a Sunday feature on the state of the city’s newscasts. He says … MORE

Former anchor Rondinaro back on air

Steve Rondinaro, who spent 10 years on the anchor desk in O-Town, is back reporting the news. He’s the new lead anchor and managing editor for WWAY-ABC 3 in Wilmington, N.C. Rondinaro was the main … MORE