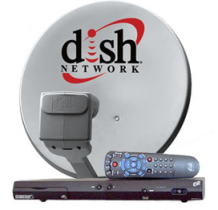 Dish Network subscribers who are fans of the Orlando Magic and Miami Heat can see the teams play this season. And they’ll also avoid losing WOFL-Fox 35 and WRBW-My 65.

Fox Sports Florida as well as Sun Sports had been blacked out on Dish since the old deal expired on Oct. 1.

“After prolonged negotiations to reach a fair deal, we’re pleased to enter into a long term agreement with Fox and to assure our customers that they can continue to enjoy these channels,” said Dave Shull, Senior Vice President of Programming for Dish Network, in a news release. “We thank our customers, our retail and channel partners, and our employees for their support through these negotiations, which we believe resulted in a fair deal that reinforces DISH Network’s position as the best value in television.”

WOFL will launch its oft-discussed 11 p.m. newscast on Jan. 7, Florida Today reported. News about the late newscast was first revealed nearly a year ago, with a then-projected launch date of sometime in April. … MORE

The Casey Anthony trial has brought unprecedented media attention to Orlando — as well a horde of reporters and satellite trucks now camped outside the Orange County Courthouse. Here’s a quick tour of this temporary … MORE

Former Fox 35 reporter Beth Sherman checks in with news about her new job. "I’ll be leaving my Pinellas County PIO job for a civilian job with the Department of Defense this Friday," she wrote … MORE