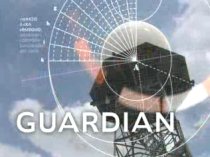 How excited is Fox 35 about getting its new $1.5 million Guardian dual pole radar? The station has set up a live cam so folks can follow along with the construction progress. The station broke ground for the Doppler tower on Aug. 5. At the time, chief meteorologist Glenn Richards said it would take about 45 days for “the most powerful radar system in Central Florida” to be operational. From the photos, looks like the foundation is finished and they’re starting to go vertical. Check it out yourself.

More Orlando and Florida TV history added to the site

So now you’ll know why you haven’t seen many story updates recently on the site. We’ve been busy adding content in other areas — continuing to build the television history scrapbook for Orlando and for … MORE

I’ve had a couple of people ask what’s happened to Fox 35 morning anchor Heidi Hatch. Here’s what she posted on her Facebook page on June 3 … After 8 hours straight of live TV … MORE

Where the news comes most

With the expansion of morning newscasts to their sister duopoly stations, WESH and WFTV have solidified their status as the providers of the most live local newscasts in Central Florida. WESH 2 now produces 7-1/2 … MORE