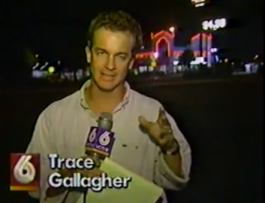 Orlando Sentinel TV Guy Hal Boedeker catches up with a group of O-Town TV alumni, asking about their days covering the news in Orlando.

Orlando Sentinel TV Guy Hal Boedeker has more on the July ratings races in O-Town TV, including WKMG’s fourth-place showing in the evening in the 25-54 demo. “We were No. 4 before we made the … MORE

While No. 1 in our hearts, Orlando is still No. 19 with Nielsen

Some quick takes on Orlando TV news before the holiday weekend … The Nielsen market rankings for the 2011-2012 TV season have been released, and Orlando remained No. 19 in the nation. Nielsen estimated the … MORE

WKMG traffic reporter Secily Wilson signed off Friday morning, acknowledging her three years at the station and also former co-worker Jacquie Sosa, who was also recently dropped from the morning show while on maternity leave. … MORE