After three years of constant surprises, the Casey Anthony saga saved its biggest one for last: a stunning not guilty verdict. Orlando TV stations have been covering the trial wall-to-wall — even bumping regular programming again today to talk while the jury deliberations were ongoing.

Hours after the verdict, the Orlando stations continued their coverage. WKMG bumped the CBS Evening News to stay in Casey mode, and continued with coverage at 7, 8 and 9 p.m. WESH broke for NBC Nightly News, but returned with hourlong specials at 7 and 8 p.m., too. WFTV did air ABC World News, but then followed with its own hourlong Casey Anthony special. Only WOFL-Fox 35 — which has seen surprisingly high ratings for its marathon coverage — went back to regular programming after its 5-6:30 p.m. news. Of course, it has 90 minutes of news later tonight to continue coverage.

Below is how  Orlando’s main TV news channels broadcast the verdict in the most watched trial in Central Florida history: 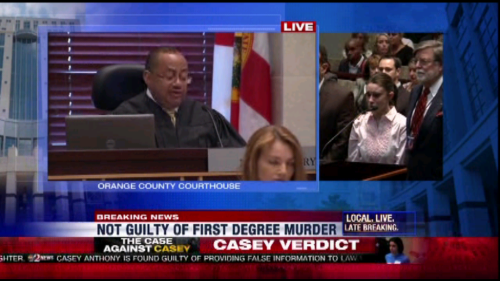 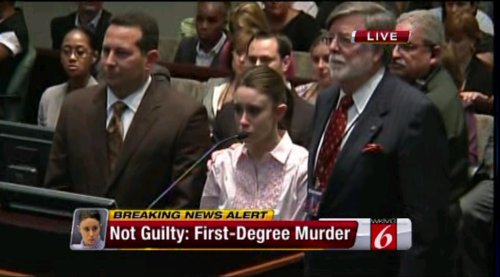 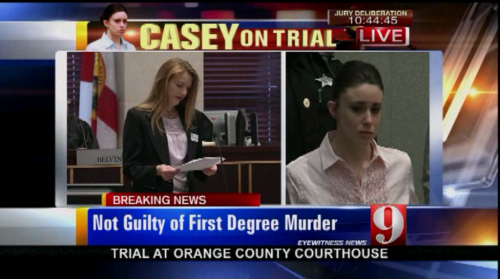 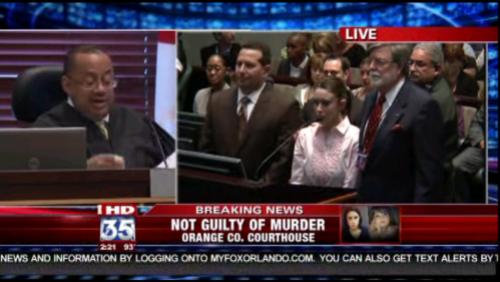 Tom Brokaw, Peter Jennings and Dan Rather were iconic anchors for their networks. But Bob Opsahl has them beat. Opsahl has been anchoring the news at WFTV-Channel 9 for more than 30 years — even … MORE

WKMG is living up to its “Local” 6 moniker Wednesday night, taking an hour of prime time to focus on something that impacts Central Floridians nearly every day: Lightning. “Lightning Strikes,” which airs at 8 p.m., is … MORE

Former WOFL-Fox 35 morning meteorologist Jim Van Fleet is settling into his new role as chief met at Tampa’s WTSP-CBS 10. However, he’s still a bit unsettled by reaction to an interview he gave — … MORE