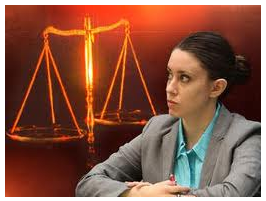 Broadcasting & Cable offers a report on how Orlando TV news covered the Casey Anthony trial. There’s nothing you probably didn’t already know, but it does give you an outsider’s perspective on the wall-to-wall coverage that has dominated the O-Town airways.

But here’s one news nugget:

By some estimates, 60% of the TVs in DMA No. 19 have been tuned to trial coverage at any given time.  “That’s unheard of,” says Robin Smythe, VP and GM at Bright House Networks’ Orlando channel News 13. “I thought those days were over.”

You can read the full story here.

CNN, Fox News Channel, HLN and MSNBC joined the Orlando TV stations in airing the closing arguments and jury instructions Monday in the Casey Anthony murder trial. Not included in the screen grabs below, but … MORE

After ending up as the only network broadcast station in town not to be offering wall-to-wall coverage of the Casey Anthony trial, WESH 2 will join the crowd on Wednesday. “We took a deliberate approach … MORE

If you want to spend mornings or afternoons watching NBC’s Wimbledon coverage next week, don’t bother tuning to WESH 2. The local peacock affiliate plans to stick with its non-stop Casey Anthony trial coverage and will … MORE