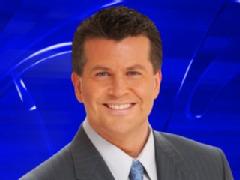 Bob Frier is out as anchor at WKMG-Local 6. This last newscast will be tonight at 6.

New arrival Mike Garofalo will become the main anchor along side Jacqueline London. Garofalo came to the station in December and has been anchoring at 4 and 6 with London.

Blast from the Past continues with a bit of history in this classic advertisment. The date was June 14, 1973. You would think having an embattled President Richard Nixon in town give the commencement address at … MORE