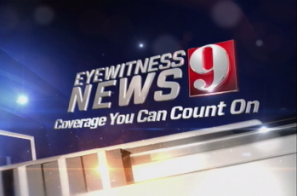 There are some changes in roles taking place at market-leader WFTV-Channel 9.

First, longtime morning traffic guy Bob Baxa is no longer reporting for the station. He’s been replaced by Racquel Asa. “He did a good job for us. I was very happy with Bob’s performance,” WFTV news director Bob Jordan told Sentinel TV Guy Hal Boedeker. “He had been here the better part of 10 years. We wanted to do something different.” Baxa wasn’t actually a WFTV employee; he worked for traffic-data provider Metro Networks. Asa, who comes to Orlando from WSYR-ABC 9 in Syracuse, N.Y., is a WFTV employee and will also report for later newscasts, too.

Meanwhile, Eyewitness News Daybreak anchor Greg Warmoth is getting some additional duties at WFTV. He’s been tapped as the interim moderator of Channel 9’s public affairs show, Central Florida Spotlight. He replaces Craig Patrick. “Craig has family in Tampa. His old station, WTVT, offered him a job to come back. It was a family motivated decision,”  WFTV General Manager Shawn Bartelt told the Orlando Sentinel. “He’s a great guy, and we were lucky to have him when we did.”

The spotlight continues to shine on WFTV anchor Barbara West in the wake of her much-discussed interview with Joe Biden. On Monday, West was on CNN and Bill O’Riley’s show on Fox News Channel to explain her … MORE

Weech out as anchor at WKMG

Longtime O-Town anchor Marla Weech is being laid off from WKMG as the slowing economy starts to takes its toll at Local 6. “I’m being laid off,” she told Orlando Sentinel TV Guy Hal Boedeker … MORE