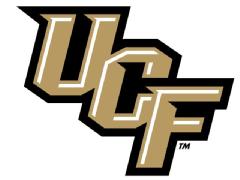 With college football in the midst of an expansion craze, WKMG Sports Director David “Ping” Pingalore had a big scoop Wednesday: “multiple college football sources have said that the University of Central Florida and Memphis could be invited to join the Big East conference as soon as next week.”

Big East commissioner  John Marinatto and other league officials told FanHouse that an Orlando TV report claiming the Memphis and the University of Central Florida would be invited to join the  Big East as soon as next week is inaccurate. “Those reports are not true,” Marinatto told FanHouse Thursday.

This isn’t the first time Ping has gone out on a limb with a report. Back in December, he reported that  Florida Gators football Coach Urban Meyer had a heart attack during mid-season — one health reason that may have led to the coach’s decision to take an indefinite leave of absence from the team.

As a UCF grad and Knights fan, I hope Ping’s latest report proves to be true.

Despite the ratings magic that Dr. Phil has worked at its Post-Newsweek sister station in Miami, WKMG-Local 6 won’t be replacing its early evening news with the good doctor anytime soon. First, some background. WPLG-ABC … MORE

All of the area media outlets did an outstanding job with coverage of Friday’s deadly tornadoes. They alerted viewers overnight about the tornado warnings and then went wall to wall with more than 12 hours … MORE

After spending 40 years in broadcasting — a good many of those years here in Central Florida on the radio and on Channel 6 — Mike Burger is calling it quits. The current weatherman at … MORE